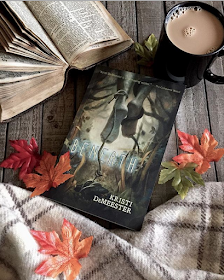 My first Kristi DeMeester read was, "Beneath" released by the publishing company Word Horde last year. I saw an article that said it was the best, new horror of 2017 and I was beyond intrigued, mostly because it was written by a woman and I'm all about supporting female horror authors.
I put in a request to get an ARC and I was accepted.
I loved Beneath! From my review on Goodreads,
"Dark and disturbing, the prose sort of washes over you like briny, brackish water and leaves you feeling unsettled and dirty at the end of the day."
In other words, DeMeester does not hold back and can write horror with the best of them. 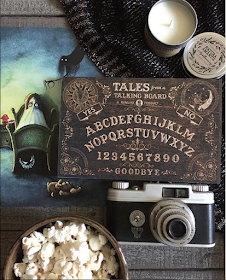 Later in the year, we got "Tales From a Talking Board", also from Word Horde, in our Nocturnal Reader's Box. This collection had some hit & miss stories in it for me, but a definite hit was the first story, written by DeMeester. It was haunting and beautiful at the same time--super emotional too for being such a short story.
Lastly, I got to read Kristi DeMeester's short story collection,

Everything That's Underneath: A Collection of Weird and Horror Tales published by Apex
Again, this was a knock it out of the park collection and moved Kristi DeMeester into my "favorite horror authors" status.
From my review on Goodreads, "Each story brings diversity to the author's book of skills. I believe she could literally explore *any* topic, no matter how mundane or simplistic and craft it into something that sinks into the marrow of your bones to unsettle you at a core level."
**I'm currently hosting a giveaway for this collection on my Instagram and Twitter! Thanks to Apex giving me an extra copy for you guys to enjoy!
After fangirling over Kristi so much, I worked up the nerve to ask her if she'd be willing to do an interview with me and she graciously accepted. So here we are! My questions to Kristi DeMeester and her brilliant answers: 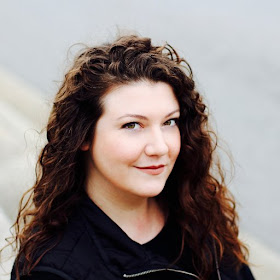 Mother Horror: Kristi, when did you discover that you had these horror stories in you that wanted to be told?

Kristi DeMeester: I'd always loved scary, unsettling stories, but through high school and college I never considered writing my own. I was a vigorous reader but did no real writing on my own outside of a handful of terrible poems and some embarrassing blog posts. The writing bug didn't truly hit me until my last year of college. I wrote my first real short story on notebook paper during lunches while I student taught. After that, I realized what had been missing from my life was this desire to craft stories. I kept writing and decided to go back to school for a Master's in Professional Writing. For a long while, I tried to write literary, but I was stifled, and it was only when I graduated with my Master's degree that I drifted back to horror. Since then I can't seem to keep the unsettling out of my stories.

MH: I’ve noticed a few themes in your stories that I highlighted in my review of your short story collection, Everything That’s Underneath; specifically mother & daughter relationships: Can you tell us what fascinates you about this female bond?

KD: My own anxieties and fears regarding motherhood often creep into my stories because they are such a large part of my waking life. And I think it's an unspoken fear that many women have. Family and the bonds that are there are these uncontrollable things that can often be convoluted or strange or violent or heartbreaking. I like to explore that because it's, selfishly, a way of working out the many, many issues I have with my own mother and trying to come to terms with that relationship. And also, I feel that in horror, this is a relationship that is often either ignored or examine from one angle only, and there are so many components to consider. The field is rich with horrors.

MH: The horror you write about gets under my skin so effectively because it’s so organic and natural in its nature. Can you explain your inspiration behind the terrible things you write about?

KD: I think the natural world, the things in are lives that real, are the most terrifying. When I write, I'm trying above all to unsettle myself. Things that if I saw I would recognize as part of my life but also strike such an odd note that I would not be able to keep the fear out. The lack of understanding or knowing why something is happening when it should be natural or that others would see is natural when you know that it's not is terrifying for me.

MH: If you were an ice cream flavor, what flavor would you be and why? 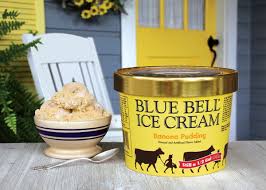 MH: Who is the first person to read a finished piece of your writing?

Mother Horror's comment: It kind of blew my mind that the first to read Kristi's writing was another favorite author of mine, Michael Wehunt. You can read my interview with him in the previous post!

MH: If you were to dump out the contents of your purse on a table between us, what would we find?

KD: About seventeen different lipsticks/glosses. My wallet. A pen. My phone. A thousand crumpled receipts. A piece of black obsidian to ward off negativity. A Hot Wheels my son handed me to carry and was never taken out. A small bottle of ibuprofen.

MH: Describe your writing space…what creature comforts do you need while you write?

KD: Right now, I write mostly in a chair in the reading nook in my bedroom. I usually have a glass of wine or a beer with me. And some kind of ambient music. My go to is Lull.

MH: Is there a WIP right now that we can look forward to reading? Something new in 2018?

KD: My second novel is out on query with a handful of agents. My third novel is with beta readers, and I'm 20,000 words into my fourth novel. So far in 2018 I'll have short stories in a handful of places, but nothing big is on the books. Yet.

Too hard to chose! I like eBooks for ease of reading, but there are still some books where I desperately want the physical copy!

MH: I loved your debut novel, Beneath. Where did the idea for this cult and the ancient threat come from?

KD: I spent most of my childhood in a fundamentalist religion. That kind of blind faith that ignores logic and sometimes ethics and is the intersection between holiness and flawed humanity was something I wanted to explore. The snakes were just a bonus. :)

MH: Lastly, If you could only pick one author to read for the rest of your life, who would you choose?