Sadie Hartmann's Best of The Books I Read in 2020 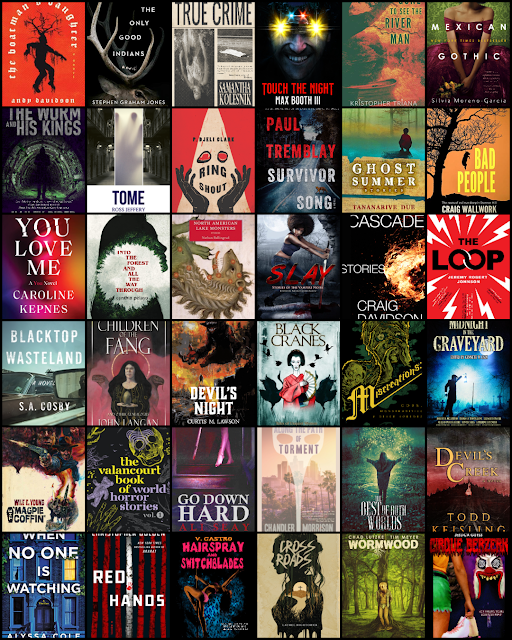 In no particular order:

The Boatman's Daughter by Andy Davidson

The Only Good Indians by Stephen Graham Jones

Gone to See the River Man by Kristopher Triana

The Worms and His Kings by Hailey Piper

You Love Me by Caroline Kepnes

Into the Forest and All the Way Through by Cynthia Pelayo

The Loop by Jeremy Robert Johnson

Blacktop Wasteland by S. A. Cosby

Children of the Fang by John Langan

Midnight in the Graveyard edited by Kenneth W. Cain

Go Down Hard by Ali Seay

Along the Path of Torment by Chandler Morrison

Best of Both Worlds by S. P. Miskowski

When No One is Watching by Alyssa Cole